One person is dead and other injured after a train vs. tractor accident, which caused the train to derail this past weekend.

Rocky Norby, of Sidney, was pronounced dead on arrival by responding officers. The sprayer tractor he was driving was hit by an Amtrak train.

The crash happened Friday, May 29, 2020, along US Highway 2, near mile marker 635, between Bainville and Culbertson. There is an unmarked crossing that does not have lights or crossing arms to warn a driver of an oncoming train.

A John Deere sprayer tractor was crossing the tracks when the

westbound Empire Builder from Minneapolis to Seattle hit the farming machine. Norby was killed, and the train tried to stop before hitting the sprayer tractor.

On the train were passengers from different stops along the route. Multiple passengers reported hearing the crash and feeling the cars move off the tracks, followed by fire on both sides of the train.

Passengers and crew worked together to put out the fire. They are credited with saving the train, which would have completely burned if they didn’t react, witnesses state.

According to Teresa Moore, Incident Commander for Roosevelt Medical Center EMS, 63 passengers were on-board the train, and four of them were treated for minor injuries. They were taken to Culbertson High School for treatment while the authorities investigated the accident/derailment.

Alcohol has been ruled out as a contributing factor.

The passengers remained at Culbertson High School, where shuttles would come to take them to Wolf Point, where they would re-board another train.

All train traffic on the line is stopped and officials recommend avoiding the Sixth Avenue crossing in Bainville.

Sen. Steve Daines, R-Mont., said in a statement that he had been in contact with Roosevelt County officials about the crash.

“Cindy and I are praying for all those involved in the horrible Amtrak accident today that occurred in Roosevelt County,” Daines said. “I’m monitoring the situation and have been in contact with local county officials and the county sheriff’s department to share my concern for all those involved and to receive updates on the incident as they become available.”

Statement from Amtrak about the crash:

“At about 11:41 a.m. CT, westbound Amtrak Trains 7 & 27 made contact with a farm vehicle at a railroad crossing east of Wolf Point, Mont. There were no reports of life-threatening injuries to the 64 customers and 10 crew members.

One Amtrak customer and three crew members were treated and released by a local hospital.

“The train was damaged in the incident and remained upright as it lost contact with the tracks. Customers are sheltered at Culbertson (Mont.) High School as they await substitute transportation westward. This train originated in Chicago yesterday (Thursday), with the Train 7 section destined for Seattle and the Train 27 section destined for Portland.

“This incident also affected the eastbound Train 8/28, which also originated yesterday (Thursday), as the railroad is temporarily closed for an investigation and any needed repairs. This train will terminate in Wolf Point and is returning back to its origins, transporting those customers from the westbound train. The 49 customers who had been eastbound are being offered travel on the next eastbound train.

“In this area, Amtrak uses tracks owned and dispatched by BNSF Railway. We appreciate the assistance by the host railroad and the Culberson community. The traffic incident is under investigation by the Montana Highway Patrol.” 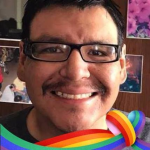