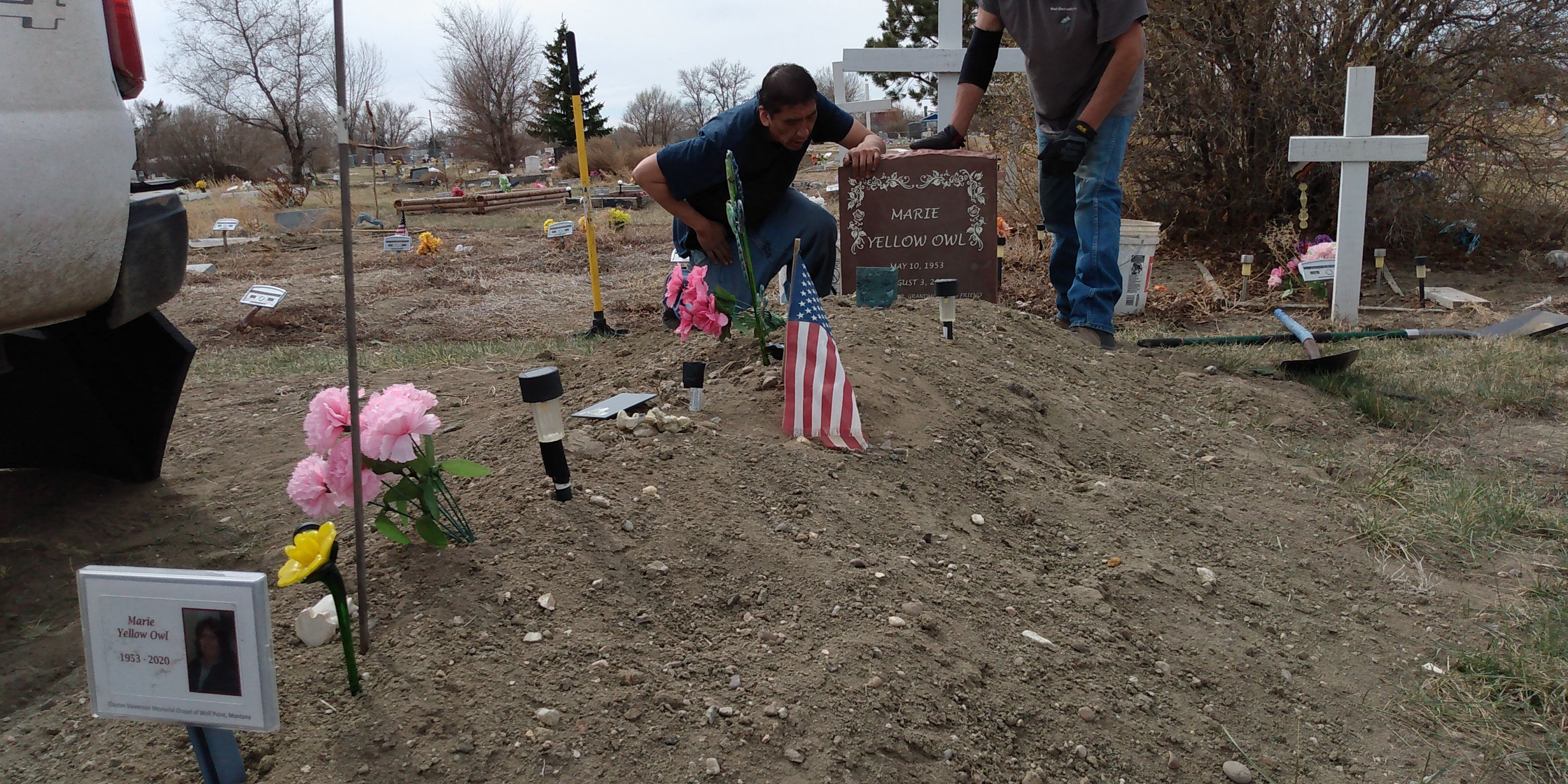 A grave stone for a loved one can bring closure to the mourning.

Besides marking a final resting place, a grave stone is a monument to the life and legacy of someone special.

For some, picking out the monument can be challenging. Most of the time when someone is picking out a marker they don’t know where to go.

Others are not able to pay for a proper stone and will rely on the metal marking plate from the funeral home. These don’t last as long as stone etched graves. Many end up being neglected and forgotten.

Temporary markers like wooden crosses do not stand the test of time like a proper engraved grave.

Some will put flowers down annually on graves, while others may plant trees or flower bushes into the top of the grave.

Up until recently, gravestones were very expensive. Even the most basic would run hundreds of dollars, and because of this many families would either make their own grave markers or rely on the temporary marker put there by the funeral home.

Stoney Paths, a local and tribally owned business, is currently in the business of making tombstones for area populations. Not only are they affordable but they can withstand the test of time better than a temporary funeral marker plate.

According to their website, “the Stoney Path’s memorial headstone has become a favorite of families wishing to honor their loved ones with an affordable grave marker.”

“We provide a variety of sizes from small to medium slants, uprights, grave markers and crosses that are beautiful to see at a cost of a third to a fourth of granite or marble.

These are truly “affordable” headstones, according to the website.

Stoneletters is a blog that focuses only on stone carving from graves. The organization has a checklist to go through when picking out a grave.

Avoid ‘In loving memory of’; it is overused and very much the standard beginning of a headstone inscription. It has begun to lose its impact. Instead look for other ways to express this meaning, such as ‘remembered with love’, or even better a small pictorial carving. A carving can often express something that words can’t.

Avoid too many cluttering words. For example, dates are usually best when only the years are used. In time this is what is important. However when creating a memorial for a child the days and the months can be very significant especially if they have only lived for a short period of time.

Avoid lists of attributes, try to sum up the points in short sentences.

Consider choosing an epitaph that has an impact on those who read it. For example a line from a poem. ‘What will survive of us is love’ has an impact on everyone who reads it. Many people like to put for instance, ‘Beloved daughter, mother, sister and grandmother’ which in 20 years might seem slightly irrelevant. Far better to put something which will stand the test of time.

Wit is the highest form of humor but usually only in conversation. It really needs to be hugely clever to remain funny on a headstone as the years go by.

Be open to the design ideas you are offered.

Go for a design and letter-form that is timeless; avoid trends that don’t last and choose letter-forms you really like.

Find a letter cutter who has had many years’ experience in making headstones; they will be able to offer sound advice if needed. Whenever possible, choose a hand-carved headstone- this will give you much more freedom in the use of space and you will not be restricted to a template.